“We have another event coming up for Christmas that we would really like you to do. I want to book you for everything, you are great.” Alannah Hill 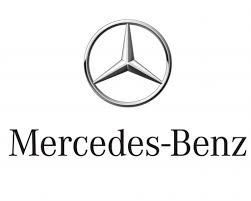 Booking by the Department of the Prime Minister and Cabinet.

“Thank you so much for your ongoing assistance, you are the best contact we have stumbled on!” – The Department of the Prime Minister & Cabinet

Booking by the Department of the Prime Minister and Cabinet

I would like to take this opportunity to thank you and your team for the impressive, professional, memorable and outstanding contribution you provided for CHOGM 2011.

Our expectations were not only met but were exceeded by your professionalism, creativeness, and dedication to the event.

We thank you kindly and hope to work together again in the future.

This event was hosted by Ticketek

Here’s a review from the I Love Mt Barker website:

Music In The Hills:

Recently I was made aware of the concerts at the Prince of Wales Lodge in Mount Barker and I was intrigued to come along to the most recent concert featuring Aleksandr Tsiboulski – one of Australia’s finest classical guitarists and Anne Horton on violin who recently was a part of the Australian String Quartet.

Now let me just preface this and say that attending a classical music concert is not normally my first choice in activities.

My knowledge of the subject is limited, to say the least, and I certainly won’t attempt a full-scale review of the event.

In saying this I must say that I was truly impressed by the World Class talent that played on Saturday Evening. Aleksandr Tsiboulski was simply amazing on the guitar and played beautifully – at times incredibly it seemed he was playing by feel only with his eyes shut!

Anne Horton played in duet with Mr. Tsiboulski and her performance was equally as impressive. I have been told that seeing a classical guitarist and violin in duet is a rarity and I feel privileged to have been a part of the audience.

The venue is The Prince of Wales Lodge and is located off Hutchinson Street. It provides a relaxing and refined setting for the enjoyment of world-class classical music. Set in the majestic and historic surrounds of the oldest Freemasons Lodge in the Hills – an evening at the Prince of Wales is an experience like no other.

Looking for something different to do? Make sure you get along to the next concert – they are held monthly.

Review of our most recent Stringspace Concert by Michael Nitschke

Jazz bands for Herbert Smith Freehills – Our partner was really impressed with your jazz band last Thursday and is very keen to have them play at our client event on the 31st. We loved them! They are fantastic!

Don’t miss this show if it returns. It gives a too-rare chance to hear pop singer Jade MacRae reveal her potential to be the finest jazz vocalist Australia has produced.

Lorina was delightful. She was stunning to look at and her voice was amazing. She engaged with the audience and broke down all barriers. The venue suited her absolutely. Her accompanist was extremely skilled and sympathetic to Lorina’s voice. They were an excellent duo. It was a privilege to have them perform for us. – Robin